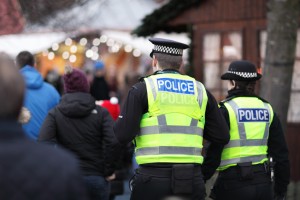 At the time of working for Surrey Police, a key target set by the Home Office was to increase public confidence in the service. If people are more confident in the police they are more likely to help prevent crime, report crime and have respect for the law.

Research by Ipsos MORI demonstrates that if people are well informed about an organisation they have more confidence in them. I secured funding from the Home Office to research what marketing activity the public were most receptive to receiving from the police. The results showed the most effective was newsletters delivered through the door, followed by stories in the local media and then online activity. People wanted to hear about what local policing teams were doing to tackle problems in their neighbourhood.

I instigated and managed a focused drive to promote stories about local policing teams via the local media, newsletters and the Surrey Police website. Within eighteen months the percentage of Surrey residents who felt well informed about local policing activity increased from 52 percent to 59 percent. In same time period the percentage of residents who felt confident about their local policing teams increased from 81 percent to 87 percent – the highest across all police forces in England at that time.

‘Sarah was a high performing individual who was part of the Chief Officer Group (Board). I valued greatly her professionalism, insight, judgement and sound advice. She delivered outstanding support to the Force in developing internal communications during times of corporate change and during high profile and critical events. Her influence was similarly impactful in externally managing the reputation of the organisation. She was able to look outside her department and consider broader organisational issues and thereby influence and improve chief officer decision making.

‘Sarah’s leadership helped ensure that her department contributed, both internally and externally, to the Force’s top national performance in national public confidence assessments.’